I have been enjoying Candice’s blog about her baby and watching her grow up into an adorable toddler. It takes me back to the days when my boys were little. Those were fun times playing on the floor with them. They always wanted you to be around and they could not get enough hugs. Those days do not last. Enjoy them while you can! 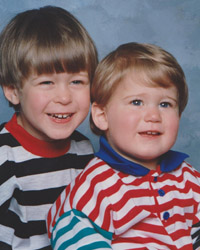 The other day Candice did a blog about the Little Tikes Car and it got me to thinking of some of their favorite old toys. I used to love playing Ants In The Pants and think I may have had it as a kid. 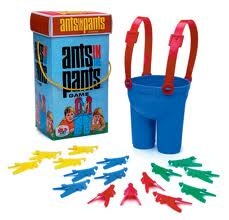 We could play that game for hours to see who would win. It was easy to bring along anywhere we went like to Grandparents and we could set it up in no time.
Another favorite of ours was Operation. They would love the sound of the light going off and got so excited! 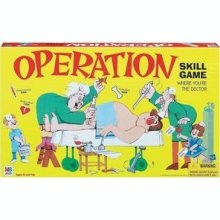 And of course who could forget the classic Chutes and Ladders? 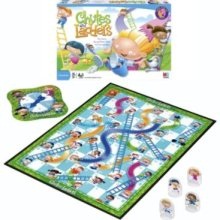 This game of course with 2 little boys always had a piece missing somewhere. Just like the Lego’s – who doesn’t remember having Lego’s all over the floor and the feeling of stepping on one?
I know things have changed as Candice did a guest blog on mine about Motherhood and Technology.  I did not even own a computer when my boys where her daughter’s age. I was taking a class at school and had to borrow my parents. I did get one when my eldest turned around 5 or so. I did not have a cell phone until they were over 12. No video camera – it had to be borrowed for special occasions.  I do not believe Amazon was around then either as Candice uses Amazon Mom to shop. I just had to Google it – Amazon was not around until 1995. My first born was in 1989. Even Google was not around. You had to ask members of your family or friends if you had questions. And you had to call them on a phone that you could not walk around with either. How did we survive back then? 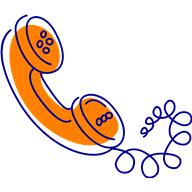 Wow. So much has changed since 1989.
What other things can you think of that are different now from that time period?

Candice is a mom of three under 5. Originally from the smallest state of Rhode Island, now living in Connecticut. From working gal to stay-at-home mom, she is walking the path of the Modern Mom.

This error message is only visible to WordPress admins